I had some time to spare between appointments in the City today.  I was, in my opinion, in the worst part of town; the garment district…UGH.  The choices are dismal for someone looking to find just a salad.  After almost fainting from hunger in Lord and Taylor, I decided to just zig zag my way to my next stop until I found some place that was “nude foodie” friendly.

As destiny would have it, I spotted from half a block away a sign that read “Just Salad“.  I thought my eyes were playing tricks on me.  Being the jaded New Yorker that I am, I was slightly skeptical as I neared the entrance thinking, “Please God don’t let it be a dump.”  He was listening (cue the angelic voiced singers…).

OK so let’s skip to the reality of what this place is…it’s a salad bar; the kind where the servers throw everything you want into a container and toss or chop the salad, toppings and dressings for you…the end.  I have worked in Soho for the past 11 years so this is nothing new to me, BUT….
Here’s the Facebook (via Twitter) exchange that ensued while eating my delicious “greens and beans”:

Me: Why would u name a place Just Salads??? U know ur gonna add soup and wraps to the menu!
AJ: Jedi mind trick
Me: The Jedi Mind Trick should have been to name the place “Just Steaks”
AJ: LMAO

It is funny isn’t it??  Is it just shortsightedness or wishful thinking to name a place with the word “Just” at the beginning?

All in all, the salad was great and I pretended not to be tempted by the wraps, soups and chips.  Thank God they didn’t sell cookies and cakes to accompany the “just” salad.

Hmmm maybe the word “just” is being used as an adjective!! That must be it! 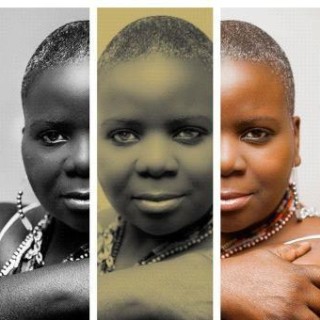